The Contradictions of The Trial of the Chicago 7 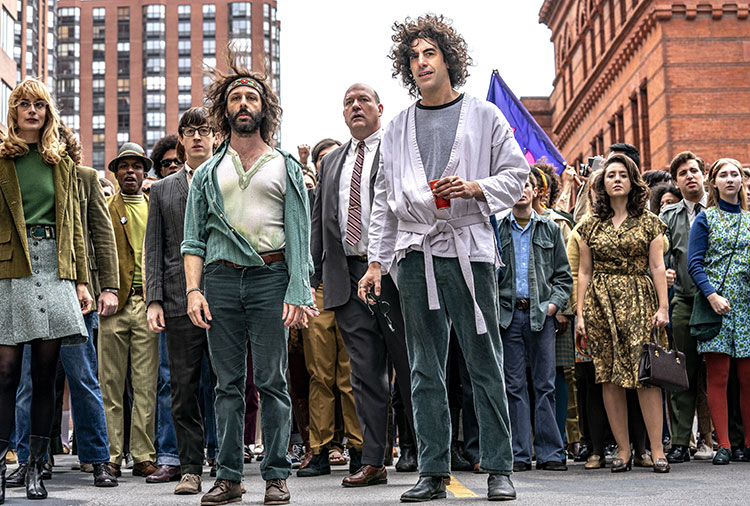 The Trial of the Chicago 7, Photo Credit MovieStillsDB

Netflix’s 2020 release, The Trial of the Chicago 7 (written and directed by Aaron Sorkin), attempts to make a straightforward story out of a complicated trial, in which eight defendants are accused of conspiracy to provoke the riots at the 1968 Democratic Convention in Chicago. In some ways, Sorkin had incredible success, while in other ways, the compromises he made may have been too hasty.

The overall structure of Sorkin's screenplay for The Trial of the Chicago 7 was incredibly effective. In the brilliantly edited opening montage, he introduces us to the characters and the upcoming protest with the fun touch of Sorkin dialogue (a la The West Wing or The Social Network). The editing, both visually and sonically, heightens the audience’s excitement for the convention. Then, all of a sudden, we are thrust forward in time—the montage is over, and we are left stagnant and enclosed in the US Attorney’s office, watching President Johnson’s photo being taken off the wall with an almost comical lack of ceremony. Sorkin reveals the events of the convention slowly throughout the trial. During opening arguments, we only know that there were riots, not how they started and why they occurred. This structure excellently maintains the film’s forward momentum. The audience isn’t in suspense only for the outcome of the trial—we’re told from the beginning that it is rigged. We also want to know what happened in Chicago that weekend.

My only qualm with the storytelling methods Sorkin uses is that the stakes seem to drop at the end during the freeze frame when the title cards tell us that the case was overturned on appeal. In trying to create the triumphant final scene (which I admit was emotionally affecting), the film may have lost some of the weight that comes with sentencing and the appeal process. It almost seemed too easy.

While the film’s ensemble is full of great performances and ripe for character study, I was especially interested in Joseph Gordon Levitt’s character, prosecutor Richard Schultz. He’s not a total lunatic, like the judge, or a bigot, like his fellow prosecutor and boss. His decency, however, makes him even more odious. In the final scene, the sentencing, his character stands up out of “respect for the fallen” as defendant Tom Hayden, played by Eddie Redmayne, reads the names of Americans killed in Vietnam. This gesture is too little, too late. Furthermore, it is so frustrating to watch Schultz in the scene with his daughters. How can this seemingly kind father actively fight to put men in jail when he knows they do not deserve it? Schultz shows Sorkin’s ability to write complicated, real characters. People can make decisions at their jobs that harm other people, and they can still be kind parents and friends. These things are not mutually exclusive. 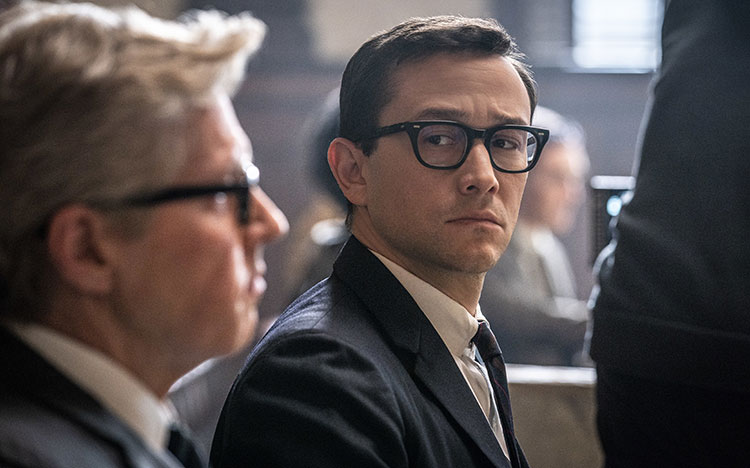 There is, however, something contradictory with this character that makes me question what the film itself is trying to say. Richard Schultz is the antithesis to the film’s argument articulated by Hoffman in his testimony, that our country has “good institutions with evil people.” Schultz shows that there are bad institutions populated by “good” (or at least tolerable) people. Even if he is kind, he is still arguing that these men should go to federal prison for a long time. Why? Because he is a part of a system that allows such things.

I also was a bit put off that Sorkin makes it seem like Schultz immediately objected to defendant Bobby Seale (Co-Founder of the Black Panther Party, played by Yahya Abdul-Mateen II) being bound and gagged when in reality we know that Seale was bound in the courtroom for days, not just a few minutes. At the same time, it is possible that Schultz’s intentions were selfish. As defense attorney Kunstler argues, Schultz stands up for Seale because the judge’s actions will make Seale more sympathetic to the jury, and Schultz doesn’t want the jury to feel sympathy for the defendants.

Another discordant point is the portrayal of Ramsey Clark. Michael Keaton’s performance is exceptional, and his dialogue was exciting to watch. I was just unsure of why there wasn’t any commentary on the fact that Clark was a part of the Democratic establishment that the defendants were protesting against in the first place. I think Sorkin missed an opportunity to explore those nuances. 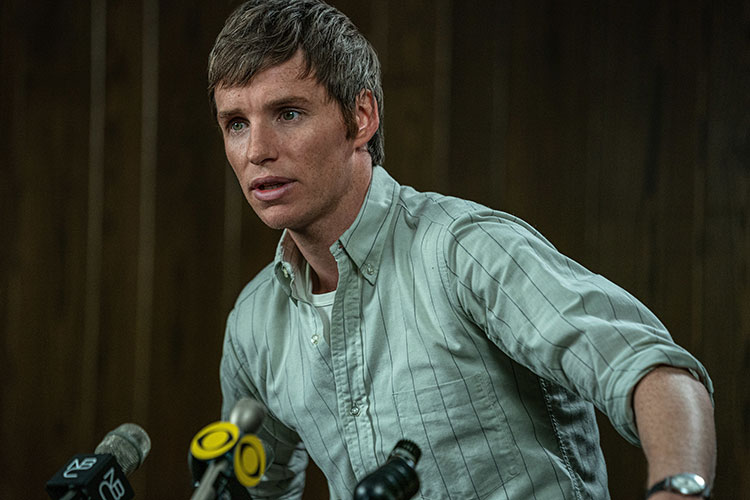 That being said, I was authentically moved by the film, with Sorkin’s superb combination of humor and optimism with grave issues of institutions and power. After Fred Hampton’s assassination, we return to the courtroom with his seat empty. Yahya Abdul-Mateen II brings Bobby Seale’s grief to life in a performance that is heart-wrenching and incredibly real for those who have felt that type of blinding anguish from someone lost. The fact that Seale uses the full physical power of his voice at this moment makes his silencing by the judge and the marshals even more harrowing. Furthermore, Sacha Baron Cohen’s performance as Abbie Hoffman, in combination with the way Sorkin wrote the character, really worked for me. He masterfully transitions from comedy to sincerity within and between scenes. His moments of earnest emotion were deeply affecting, perhaps because they were brought out through this shell of humor. Lastly, Sorkin handled the conflict between Abbie Hoffman and Tom Hayden with great skill. With minimal exposition, the audience understands where each is coming from with their revolutionary ideology. Like all of my favorite interpersonal conflicts in film, both sides are right. I almost wish Sorkin had spent more time examining this fundamental ideological divide in the activist left. I was most interested when I wasn’t sure which side I should be on, and I was most hopeful when I saw the characters’ connection through that difference. It gives me hope for the concurrence of cultural revolution with incremental electoral change.

Overall, The Trial of the Chicago 7 succeeds in telling its story in a way that is engaging, intelligent, and poignant. In reality, Sorkin couldn’t address all the nuances in the story. There is value, however, in examining each contradiction, each question that arises as we reflect on films about our history with justice.

The Trial of the Chicago 7
Director: Aaron Sorkin
Year: 2020

Erin Brockovich, Stephen Sodorbergh, and the Argument for Environmental Regulation

“It all comes down to what this one judge decides” Erin Brockovich (2000 dir. Stephen Soderbergh) is different from the typical legal movie. There is no climactic trial scene where the orchestral score swells to its peak as the lawyer or the witness gets their big moment to convince the jury. The protagonist is neither […]

Unlike most of the common business entities that exist today, the LLC has a fairly brief history in the United States. Entities such as partnerships, sole proprietorships and corporations have existed since the founding of the country. The LLC, however, has only existed in a recognizable form for roughly thirty-five years. What, then, led to the creation of this new entity? The single most important reason for the creation of the LLC was what has come to be known as “the tax-shield conundrum.”

When you step into your car, you put a seat belt on. If you don’t, you might get a ticket, or even worse, die. Governmental and social constructs create boundaries for our safety. So, why is there an explosion of an anti-mask movement that believes being forced to wear a mask is a violation of […]